July 2021 Talking Points: A 2021 Return and Surpassing of pre-Covid NoCO CRE Levels Appears to be in Place 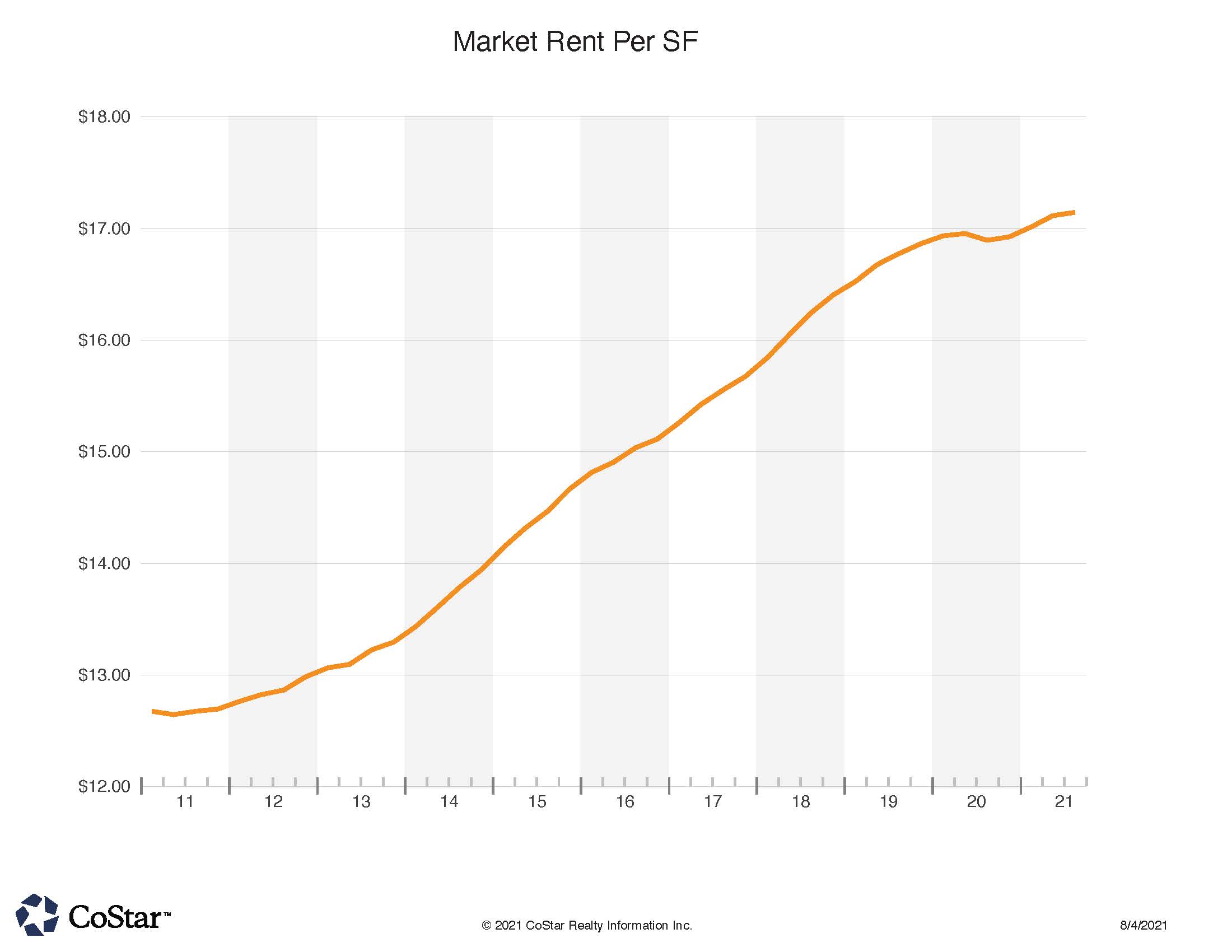 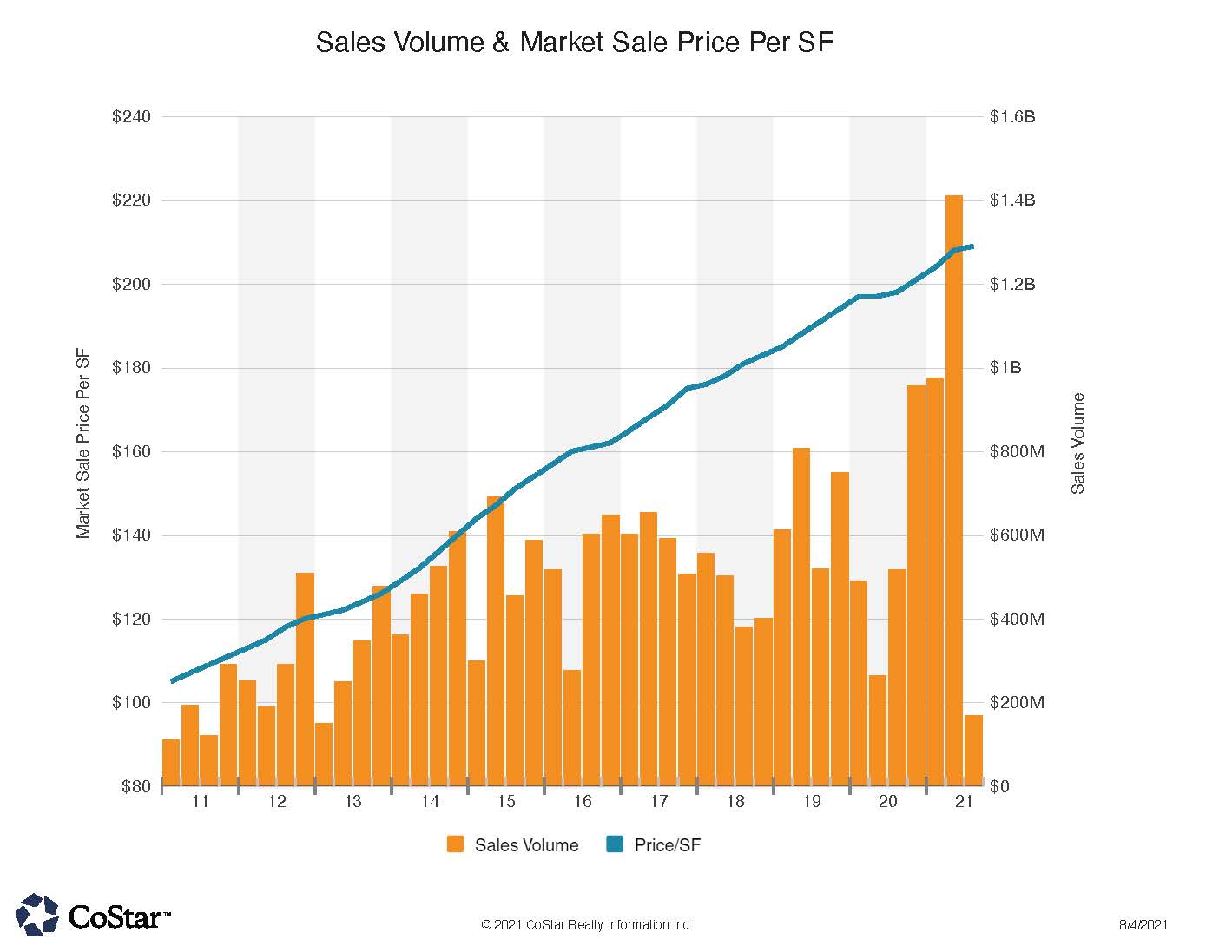 As we survey almost 20,000 commercial properties in Northern Colorado’s tri-county region of Boulder, Larimer and Weld counties, July stood out for a continuing return of pre-Covid era attributes. Vacancy rates leveled out at about 6% across the board, market rents turned upward, “cap” rates held in the low 6% range, and net space absorption climbed back to a neutral position. We reported last month that Q2 sales volume appears to be on its way to a record amount for our region, too. The region had 67 sales transactions in July and about the same number were reportedly put under contract for later sales as well.

The region’s top sale was a $42 mil. transaction for the Country Villa apartments in Fort Collins. Here, 182 units sold at about $230,000 per unit, and at a reported cap rate of 4.65%. The property was originally built in 1977, and the California Seller had held it for over 20 years. ColRich, A San Diego CA private investment fund purchased the property.

The 772 unit StorQuest self storage facility in Boulder was purchased as part of a national 4-property portfolio deal. The total portfolio had over 3,700 units, and the allocation for the Boulder property was for approx.$20 million. This calculates to almost $300 PSF for these storage units. CBRE Global Investors out of Atlanta GA was the Buyer.

Land transactions have been on the rise in northern CO as the area continues to grow and draw national attention to its vibrant economy. A 130 acre parcel which is annexed to Fort Collins, along I-25 sold to a Castle Rock CO group for $16.5 million, or $3 PSF. The purchasing entity is apparently related to Liberty Mutual Holding Co. The property was marketed for mixed-uses such as retail, office and residential. It is situated on the east side of the Interstate near the Highway 14 interchange.

Another I-25-centric development land parcel sold in Johnstown. In this instance, 161 acres of raw ground sold at $10.5 million or $2 PSF. Hartford Investment out of Timnath purchased the property, and most likely will develop it into residential property.

Fort Collins is home to many craft breweries, and the Canadian Red Truck brewery and restaurant was sold to Sweetwater Brewery out of Atlanta GA. The brewery had been closed throughout the Covid era. Purchase price for the real estate was $6.8 million, or $212 PSF. Another brewery building sale occured in July. The former Boulder Beer company property in Boulder sold at $4.25 million. This brewery is slated for redevelopment. In tthis deal, NexCore Group, a medical office group, purchased the 19,000 SF facility and will change it to medical usage. The brewery itself had been closed for 18 months prior.

Another industrial sale in Loveland was of note. A 32000 SF warehouse sold for about $5 million to a local investment group. Parkway Products from Kentucky was the Seller and Tenant of the property on St. Cloud Dr. Price per square foot is approximately $158.

On the retail side, a strip center on Drake and Shields in Fort Collins sold for $4,25 million to a Brighton CO investor. The property traded at a reported 7.3% cap rate, and $161 PSF. Cimmaron Plaza Tenants include a pizzeria, liquor store, and a laundry facility.

Ironwood self-storage in eastern Fort Collins sold to an Akron OH group for $4.1 million. This sale calculated to about $80 PSF. The Buyer Summit Management Services has acquired area apartment buildings and no doubt saw the self storage as a complementary business.